Click on competition to see the game you need to play to win, win, win! Enjoy...

Equipping Your Child for Today’s World 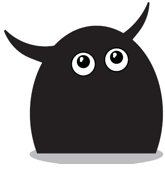 The world has changed a lot, even in the last 10 years. In the late nineties it wasn’t that common for houses to have their own computer. Now, they’re in almost every home, with many households having a computer for each member of the family. Everything from work, to schoolwork, to organising your social life takes place through your computer, yet strangely, the most fundamental skill for computer use, touch typing, is not all that common.

To touch type effectively, it’s essential to build up muscle memory. Remember the first time you learned to ride a bike? Or when you passed your driving test? Initially, every action involved in using these skills was a conscious effort, remembering where everything was. Yet, eventually these actions become habit. If you do something often enough, it becomes second nature. This is where muscle memory comes in, and it’s essential when it comes to touch typing.

As your child builds up a touch typing muscle memory, typing will become an unconscious act. Your child will be able to focus less on how they get their words onto the screen, and more on the thoughts and ideas that they’re looking to transfer onto the computer, allowing them to work faster.

Benefits for your child in a nutshell

Practice They’ll Want to Build On

However useful these skills are, the big challenge is to get children to practice them, and to practice them regularly, building on the skills they’ve already learned. This is where the Fun in FunTyper comes in.

FunTyper presents an environment of games and challenges that embrace all the aspects of modern gaming that children love. If you’ve not played video games since you were a kid yourself, you’ll find a lot has changed, and we don’t just mean the graphics. Limited numbers of “Lives”, Game Over screens, and the idea of gaming as something you do locked up alone in your room are all things of the past. 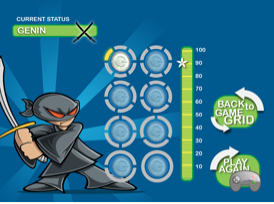 Modern gaming places its emphasis on “achievements”, such as hitting a particular score or pulling off a particularly tricky move, which will often reward the player, either by simply listing their achievements, or unlocking new content for them to play. This is an aspect of gaming that’s a big part of the FunTyper challenge. Likewise, modern gaming is a much more social activity, and so FunTyper allows kids to tag their friends, compare scores, and compete with each other for prizes.

The thinking behind this is that once kids become invested in reaching the next achievement, or getting to a high spot of the Leaderboards, pushing them to practice their typing skills will no longer be an issue.

When and how often to play FunTyper? 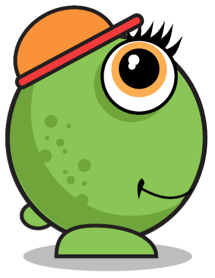 We recommend an hour per week, however, you can choose to either do more or less per week. The important element to achieve success is the regularity of practice, so if your child is only able to do 20 minutes per week, that's fine as long as they do it every week! The more you put in, the more you get out. Just like with our driving example, the more lessons and practice you have the faster you learn. Once your child has built their muscle memory for touch typing they will never forget it, just like riding a bike, swimming or driving a car.

If your child has special educational requirements due to issues such as dyslexia or dyspraxia, we’d recommend that you make their play sessions shorter, but more regular. An ideal amount would be around 20 minutes, three times a week.

Give your child a head start... teach them touch typing